With the results of our Directeur Sportif vote complete, we can now go one with selecting more riders.

New this week, YOU get to nominate and choose our next rider. See our FaceBook page, add or select your choice of rider. Let's make Team Paniagua p/b Café Roubaix awesome!

All entries will be added to our pre-Giro d'Italia draw, with prizes announced at the end of this week.

Cheers,
Dan
Posted by Café Roubaix at 11:46 AM No comments:

Well the team is beginning to round out nicely with some great riders. Representing Team Paniagua p/b Café Roubaix are the following greats:

Every great team needs a manager, boss, leader, mentor - the Directeur Sportif. With a touch of a shoulder simple domestiques have been transformed into champions. With the scowl of disapproval superstars have been sidelined. The DS lays out tactics and strategy. The DS is the general of the cycling team. With great reverence, Team Paniagua p/b Café Roubaix announces our candidates for Directeur Sportif. The individual that will harness the raw talent, reduce the egos, and produce winning unity.

Marc Madiot - Under the tutelage of perhaps the greatest DS in the history of the sport (Cyrille Guimard) , Marc Madiot himself won Paris-Roubaix. Not once, but twice. As a rider he also won multiple French national championship and Grand Tour stages. But being a champion is not enough to be our DS. Passion. If there is one element that Madiot brings to the table, it is passion. See for yourself...

Peter Post - Post won at Paris-Roubaix in 1964. His overall speed of 45.131km/hour remains the highest speed of a Paris-Roubaix to this day. Appointed as DS of Ti-Raleigh, he was know to be hard on riders, but was able to craft one of the toughest teams of all times, winning the Tour de France in 1980 with Joop Zoetemelk. After Ti-Raleigh, he DS'ed the great Panasonic team until 1995. 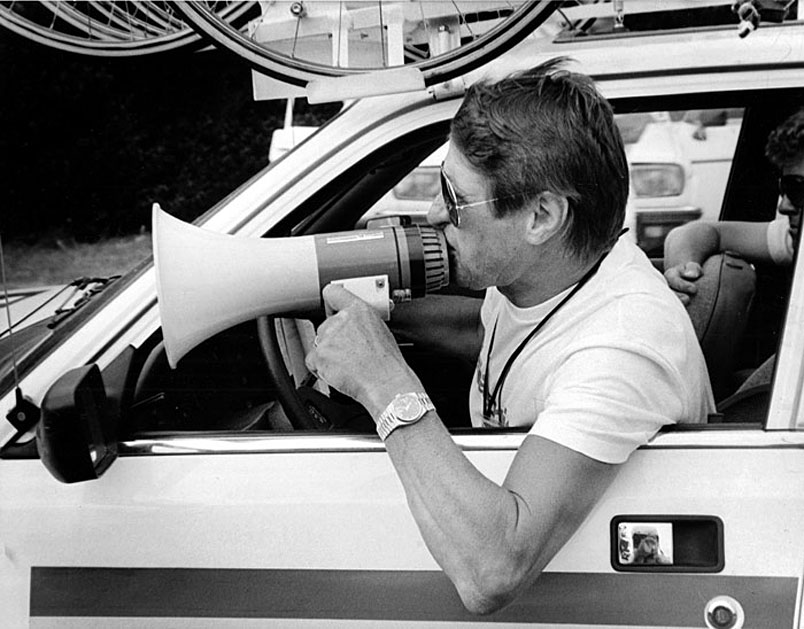 Hennie Kuiper - Kuiper won Paris-Roubaix after competing in the race ten times before hand. Let that sink in. He won on his 11th attempt! If perseverance is important in life and in cycling, Kuiper has that covered. As a rider, he won gold medals at the Olympics and the World Championship in addition to a whole crate full of victories. After his retirement, Kuiper rolled into a DS job with a small German team before heading up Telekom, working at Motorola, the Dutch National team, and lastly at Rabobank. And while the teams that Kuiper had worked for may not have the most stellar of doping histories, Kuiper's image has not been tarnished by any of the tomfoolery. (Note: I tried to find a photo of Kuiper the DS in action, but alas, I was only able to find images of ol' Hennie hammering the pedals.... 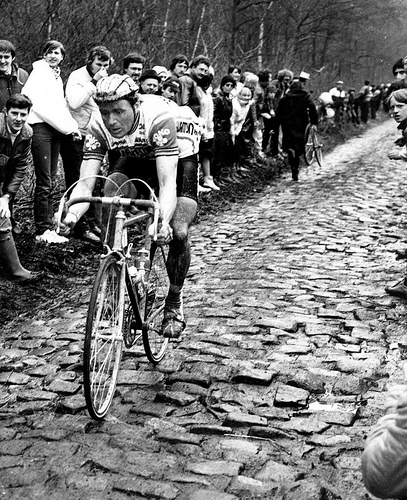 So this wraps up our selection. Please vote for your favourite on our FaceBook page!

Here are the second week's selection. Remember, each vote counts towards our prizes to be drawn near the start of the Giro d'Italia!

2. Edwig Van Hooydonck: Van Hooydonck was a classics rider extraordinaire. The bib-knicker is attributed to him, as he was experiencing a knee injury when going into the 1989 Ronde van Vlaanderen (Tour of Flanders), he had a custom set of shorts made so that one leg stretched over the knee instead of getting it taped. He won. When faced with the option of continuing his career as EPO began to become the norm in the early to mid 90s, Van Hooydonck chose instead to end his racing career. He did not want to be a cheater, and in the end had been cheated out of the last few years of his racing career.

3. Marshall "Major" Taylor: Major Taylor was the sport's first superstar. He was also the first Afro-American to ever win a world title - in anything! He won the majority of the races he entered despite the rampant racism of the day. He promoted clean living, but was quoted once during a 6-day race in New York, "I cannot go on with safety, for there is a man chasing me around the ring with a knife in his hand." His odd response was potentially due to nitroglycerine use which was commonly used by the Soigneurs of the day. Or exhaustion, as 6-day races at the time were just that - six days of racing!

4. Captain Tiddlepuff: Never one to ignore the voices of the fans, we add this favourite to the list of potential candidates. Rob Bailey's cat...

Posted by Café Roubaix at 2:34 PM No comments: